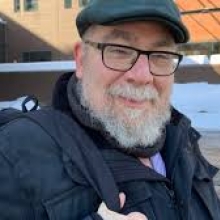 Professor Daniel Weinstock is the Katharine A. Pearson Chair in the Faculty of Law and the Department of Philosophy at McGill University. He also held a James McGill Professorship at McGill from 2013 to 2019. He was the Director of McGill’s Institute for Health and Social Policy from 2013 to 2020. Before moving to McGill in 2012, he was a Professor in the Department of Philosophy of the Université de Montréal, where from 2000 to 2012 he held both Tier 1 and Tier 2 Canada Research Chairs. He was the Founding Director of the Centre de recherche en éthique de l’Université de Montréal.

Professor Weinstock's research interests have spanned widely across a wide range of topics in contemporary moral and political philosophy – from the just management of ethnocultural and religious diversity in modern liberal democracies, to state policy with respect to children, families, and educational institutions. His main research interests at present have to do with the problem of health equity, and with issues of justice and inclusion as they arise in the organization of modern cities. The guiding thread of his research has been to connect philosophical and ethical argument with institutional reasoning. It is marked by the firm conviction that moral and political philosophers have paid insufficient attention to the institutional parameters that both enable and constrain the realization of normative ideals. His attention to institutional specificity has led to his being called upon quite regularly to serve on public policy commissions in areas as diverse as public health (he was the Founding Director of Quebec’s Public Health Ethics Committee), education, end-of-life medical care, and “reasonable accommodation”).

His work and teaching have been recognized by a number of major prizes. In 1997 he was awarded a teaching prize by the Faculté des arts et des sciences de l’Université de Montréal for his innovations in developing ethics and public policy courses for the health sciences, and in 1998 he received a teaching prize awarded by the Université de Montréal to its most distinguished teachers at the University-wide level. In 1998, he was awarded a fellowship both to the Rockefeller Center for Human Values at Princeton University, and to the Safra Center for Ethics at Harvard University. He spent the 1998-1999 academic year as a Rockefeller Fellow at Princeton. In 2004, he was made a Prize Fellow of the Pierre-Elliott-Trudeau Foundation, and in 2008, he received the Prix André-Laurendeau from the Association canadienne-française pour l’avancement des sciences. He was awarded the Charles Taylor Prize for Excellence in Public Policy Research in 2017.

I am interested in foundational issues underpinning public policy in the areas of family law and education, health and health promotion, multiculturalism and immigration, and majority - minority relations.