Register here
Home / Who We Are
Section menu 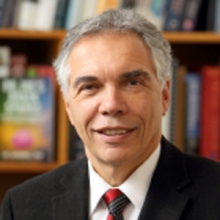 Dr. Joe Schwarcz is Director of McGill University’s “Office for Science and Society” which has the mission of separating sense from nonsense. He is well known for his informative and entertaining public lectures on topics ranging from the chemistry of food to the connection between the body and the mind. Recently the Office has focused on trying to unravel the mysteries of COVID-19.

Professor Schwarcz has received numerous awards for teaching chemistry and for interpreting science for the public and was the first non-American ever to win the American Chemical Society’s prestigious Grady-Stack Award for demystifying chemistry. He was awarded the 2010 “Montreal Medal” which is the Canadian Chemical Institute’s premier prize recognizing lifetime contributions to chemistry in Canada. In 2015 he was named winner of the Balles Prize for critical thinking by the US based Committee for Skeptical Inquiry. In 2018 he was the recipient of McGill University’s “Principal’s Prize for Public Engagement Through Media.” He has also been awarded honorary degrees by Athabasca University, Cape Breton University, the University of Windsor, and Simon Fraser University.

Professor Schwarcz hosts "The Dr. Joe Show" on Montreal's CJAD and has appeared hundreds of times on The Discovery Channel, CTV, CBC, TV Ontario and Global Television. He also writes a newspaper column entitled “The Right Chemistry” and has authored eighteen books including “Radar, Hula Hoops and Playful Pigs,” “The Genie in the Bottle,” "That's The Way The Cookie Crumbles," “Dr. Joe And What You Didn’t Know,” “The Fly In The Ointment” “Let Them Eat Flax” “An Apple A Day,” “Brain Fuel,” “Science, Sense and Nonsense,” “Dr. Joe’s Brain Sparks,” “Dr. Joe’s Health Lab,” “The Right Chemistry,” “Is That a Fact,” “Monkeys, Myths and Molecules,” “A Feast of Science,” and his most recent, “A Grain of Salt.” Professor Schwarcz also an amateur magician and often spices up his presentations with a little magic.

"A Feast of Science" book review, Science-Based Medicine. May 22: https://sciencebasedmedicine.org/a-feast-of-science/

"Monkeys to Molecules: Joe Schwarcz dispels myths about science" on CBC's The Current; May 6 broadcast: http://www.cbc.ca/radio/thecurrent/the-current-for-may-6-2015-1.3062951/monkeys-to-molecules-joe-schwarcz-dispels-myths-about-science-1.3062999