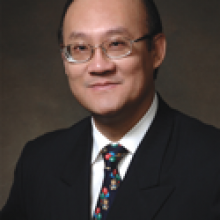 In his role of Chair of  Obstetrics and Gyncology, and of Gynecologist-in-Chief at the MUHC, Dr. Tan has brought generational change to the challenges of human infertility, assisting countless families and positioning the University at the forefront in this field. In 1996, he founded the McGill Reproductive Centre and steadily expanded its capabilities through exceptional research and commitment. Dr. Tan and his team of specialists have achieved in-vitro fertilization (IVF) pregnancy rates that are among the highest in the world.

An internationally regarded infertility expert, he also is viewed as a pioneer in the simplification of the IVF process. Dr. Tan led the McGill team that produced the world’s first air transport IVF and intra-cytoplasmic sperm injection pregnancies. He and his team were the first in Canada to use in-vitro maturation of human oocytes for the treatment of infertility, as well as in-vitro maturation and vitrification of oocytes to preserve fertility in young women undergoing cancer treatment. Under Dr. Tan’s innovative leadership, his team created the McGill Cryoleaf, which protects the egg as it undergoes super-rapid cooling, increasing its survival rate to approximately 90 per cent. As a result of this groundbreaking work, the team was the first in the world to achieve a live birth from an egg that was matured through IVF, vitrified and then thawed.

To ensure that the Department remained at the forefront of medical education within Canada and around the world, Dr. Tan was also the driving force behind the creation of two endowed chairs: the Milton Leong Chair in Reproductive Medicine and the Richard Cruess Chair in Reproductive Biology.

While Dr. Tan has stepped down as Chair of the Department, and as Obstetrician and Gynecologist-in-Chief at the MUHC, he remains with the McGill community to inspire the next generation in the field and continue on his exceptional path of discovery and care.

An excerpt from McGill's medEnews September 14,2010 by McGill's Dean of the Faculty of Medicine Richard I. Levin, MD