Professor, Department of Obstetrics and Gynecology 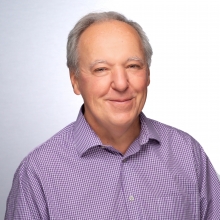 As an active member of the Society of Obstetricians and Gynecologists of Canada, Dr Gagnon is involved in the Diagnostic Imaging committee and the MFM committee; he has also been involved in the formulation of several SOGC clinical guidelines and the organization of several SOGC annual meetings.He has over 100 publications, including several book chapters and review articles all related to diagnostic indicators of fetal health, fetal behavior, fetal growth and development, fetal cardiovascular physiology and placental function. He has given over 200 scientific and invited presentations in his area of expertise.

A true advocate of MFM, he lead the transformation of the MFM specialty from a status of Royal College accredited without certification to a Specialty accredited with examination, with recognition as a full specialty. Dr Gagnon was granted the Founder, (MFM) designation by the Royal College in March 2011.