Study of oceans’ past raises worries about their future 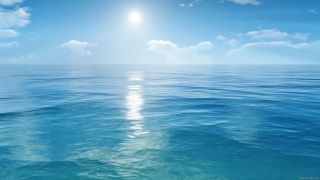 “For the first time we can quantify how oceans responded to slow, natural climate warming as the world emerged from the last ice age,” says Prof. Eric Galbraith from McGill University’s Department of Earth and Oceanic Sciences, who led the study. ”And what is clear is that there is a strong climate sensitivity in the ocean nitrogen cycle.”

The nitrogen cycle is a key component of the global ocean metabolism. Like the proteins that are essential to human health, nitrogen is crucial to the health of oceans. And just as proteins are carried by the blood and circulate through the body, the nitrogen in the ocean is kept in balance by marine bacteria through a complicated cycle that keeps the ocean healthy. The phytoplankton (microscopic organisms at the base of the food chain) ‘fix’ nitrogen in the shallow, sunlit waters of the ocean, and then as they die and sink, nitrogen is eliminated (a process known as ‘denitrification’) in dark, oxygen-poor pockets of the ocean depths.

Using sediment gathered from the ocean floor in different areas of the world, the researchers were able to confirm that as the ice sheets started melting and the climate warmed up at the end of the last ice age, 18,000 years ago, the marine nitrogen cycle started to accelerate. The ocean had stabilized itself in its new, warmer state, in which the overall nitrogen cycle was running faster, by about 8,000 years ago. Given the current dramatic rate of change in the ocean nitrogen cycle the researchers are not sure how long it will take for marine ecosystems to adapt.

“We are changing the planet in ways we are not even aware of,” says Galbraith. “You wouldn’t think that putting carbon dioxide into the atmosphere would change the amount of nitrogen available to fish in the ocean, but it clearly does. It is important to realize just how interconnected everything is.”

To read the full study in Nature Geoscience: http://www.nature.com/ngeo/journal/vaop/ncurrent/full/ngeo1832.html

This research was funded by: the Canadian Institute for Advanced Research (CIFAR) through the Earth System Evolution Program