Skin cells for research into Parkinson's

A patient’s very own skin cells may hold the key to new treatments and even cures for devastating neurological diseases. 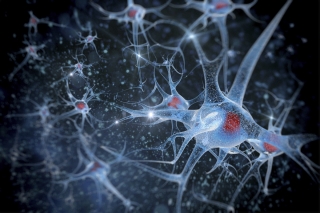 “Everyone’s lives are touched in some way by neurological disease, says Mr. van Berkom, President of Van Berkom and Associates Inc." In creating The van Berkom Parkinson’s Disease Open-Access Fund, I hope to change lives and support new research that will lead to new treatments and one day cures. The iPSC platform is a new paradigm for neuroscience research and as one of the world’s great neuroscience centres, The Neuro is the place to drive it forward.”

The Quebec iPSC core facility is a provincial core headed by Drs. Fon and Puymirat. Reprogrammed cells at Laval University will be created from different sources such as skin biopsies, blood or urine. The Neuro’s component of the platform will consist of two core facilities. The iPSC neuronal differentiation core – which differentiate iPSCs into functional neurons, headed by Dr. Eric Shoubridge, and the iPSC genome-editing core providing unprecedented ability to study the influence of disease mutations, headed by Dr. Peter McPherson.