McGill researchers have received recognition from the Natural Sciences and Engineering Research Council of Canada (NSERC) for outstanding university-industry collaborations and research at the graduate level. 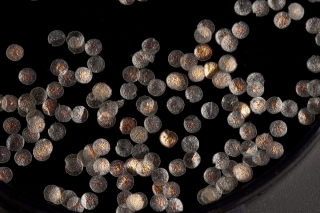 Partnership with two or more companies

The development of industrial-scale production for cellulose nanocrystals has sparked increased interest in this innovative product, with more sectors turning to the forest products industry as a source of environmentally friendly raw materials. Purified cellulose nanocrystals are a natural, renewable, biodegradable, non-toxic nanomaterial with unique characteristics that range from optical properties, like forming iridescent coloured films, to reinforcing additive for other materials. The pioneering work of Derek Gray’s team at McGill University developed the initial extraction recipe and discovered the optical properties of nanocrystalline cellulose. In January 2012, CelluForce opened a commercial demonstration plant in Windsor, Quebec, creating 30 permanent jobs.

The software is one of the largest fully integrated database computing systems in chemical thermodynamics in the world. Run on a personal computer, it is used in fields as diverse as materials science, metallurgy, glass technology, nuclear waste disposal, solar energy storage, combustion and ceramics. This software is currently used by over 500 industrial, governmental and university laboratories in 43 countries.

Graduate students were also among the honorees at last night’s event. Thomas A. Fox, of McGill’s Department of Geography, received one of the $10,000 André Hamer Postgraduate Prizes (master’s and doctoral levels). The NSERC André Hamer Postgraduate Prizes are awarded to the four most outstanding candidates in NSERC's postgraduate scholarships competition at the master’s level. The prizes were established by Arthur McDonald, winner of the 2003 Gerhard Herzberg Canada Gold Medal for Science and Engineering, in memory of André Hamer, a very promising young scientist who passed away in 2003.

Thomas Fox is studying agricultural practices in Kerala, India to better understand strategies for balancing the needs of agriculture and biodiversity. He will set up a series of plots in rice fields of varying intensity that are located in diverse landscapes. His findings will contribute to humanity's goal of preserving biodiversity while meeting the world's food requirements.

For information about NSERC: http://www.nserc-crsng.gc.ca/Media-Media/NewsRelease-CommuniqueDePresse_...