Study finds that age impairs the proper functioning of aortas 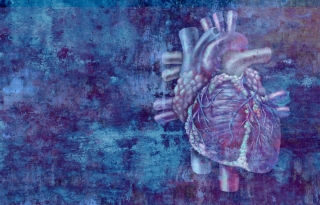 A new study by researchers at McGill University has measured the dynamic physical properties of the human aorta, laying the foundation for the development of grafts capable of mimicking the native behaviour of the human body’s largest artery.

Marco Amabili, a Canada Research Chair professor in McGill’s Department of Mechanical Engineering and his team used their experimental design to establish how Dacron grafts, used as vascular prostheses to replace faulty aortas, measure up to real ones. The polyester grafts, they found, are extremely rigid and don’t expand when the heart pushes blood through them.

“Because the grafts don’t expand at all, they induce several cardiovascular problems for patients,” Amabili said. “It’s the equivalent of implanting a sick aorta instead of a healthy one.”

The researchers used lasers to measure the dynamic displacement of human aortas – obtained from hearts harvested for transplants – attached to a model circulatory loop designed to mimic the pulsing flow of blood generated by heartbeats.

The results, recently published in the journal Physical Review X, showed that the expansion capacity of an aorta greatly varies with age - aortas of younger donors could expand to about 10 % of their circumference while those of older donors could only expand up to 2 %. The expansion has a slight delay with respect to the pulsating pressure, which makes the blood flow more uniform; this delay reduces with age.

“The dynamic behaviour of the human aorta was poorly understood. What we did know was obtained using invasive catheters to gather ultrasound measurements of the aorta’s motion in humans while having their blood pressure measured so the data was limited to resting states,” said Amabili, who is also the study’s senior author. “Our experiments were able to simulate the effects of blood pressure and flow on the aorta so as to understand how it reacts in both a resting state or during heavy exercise.”

The study will provide crucial information about the materials needed to design a new generation of aortic prostheses with similar biomechanical properties to that of human aortas.

“This research could greatly improve patients' quality of life, especially for those who have grafts implanted at a young age because they will undergo subsequent surgery throughout their lives to replace the grafts once they start to fail,” explained Isabella Bozzo, a former master’s student in Amabili’s lab and co-author on the paper. “These surgeries are extremely invasive and the recovery is painful, so we want to develop grafts that will give them the best chance of success, by minimizing future surgery and reproducing the hemodynamics of healthy aortas.”

Expanding knowledge on the dynamics of the human aorta should also provide invaluable clues in understanding the development and progression of numerous vascular pathologies such as atherosclerotic plaque, aortic aneurysms and dissections.

This work received financial support from Natural Sciences and Engineering Research Council of Canada and the Canada Foundation for Innovation.