$50,000 research award to promote active health goes to Dr. Walter C. Willett – one of the world’s most influential nutritionists and a prominent academic in the field of nutritional science. 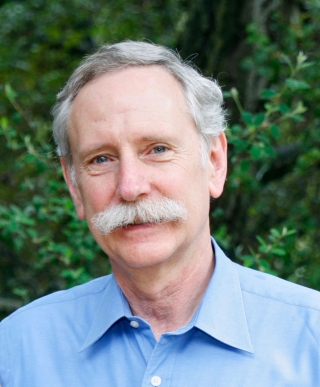 McGill University, in association with Lawrence and Frances Bloomberg and Manulife Financial, is pleased to announce that Dr. Walter C. Willett, Fredrick John Stare Professor of Epidemiology and Nutrition and Chair of the Department of Nutrition at Harvard School of Public Health, is the winner of the 2013 Bloomberg Manulife Prize for the Promotion of Active Health. Dr. Willett is the single-most cited nutritionist in the world, and a sought-out expert on the topic of health and nutrition. Known for his strong criticism of policies and guidelines that fail to reflect the best scientific evidence, Willett has dedicated himself to pursuing research that can inform the public about how proper nutrition contributes to better health, and ultimately, a longer life.

Willett is the author of more than 1,000 scientific articles on diet and disease, and is perhaps best known for his national bestseller, Eat, Drink, and Be Healthy, which presents nutritional recommendations based on the best available data from both epidemiologic and clinical studies. In this book, he presents his “Healthy Eating Pyramid,” supplanting the USDA Pyramid as a healthy eating guideline. He argues that diseases such as cardiovascular disease, diabetes and some cancers are largely preventable through properly informed nutritional and lifestyle choices.

The $50,000 Bloomberg Manulife Prize, launched in May 2011, is awarded annually to a researcher from anywhere in the world whose work promises to broaden our understanding of how physical activity, nutrition or psychosocial factors influence personal health and wellbeing. Applications for the Prize are judged by a jury of distinguished academics from universities and research institutions across North America.

The prize was the brainchild of Toronto financier and McGill University alumnus Lawrence S. Bloomberg, C.M., O.Ont., MBA ‘65, Chair of the Board of Directors of BloombergSen Inc. and a Director of the National Bank of Canada.

“The Bloomberg Manulife Prize was created to raise the profile of health research that has the power to make a transformative difference to public health, and on how people approach their health and wellbeing,” explains Mr. Bloomberg. “Dr. Willett’s exceptional career epitomizes the intersection of strong research with a powerful public message, and I could not be happier with his selection as this year’s Prizewinner.”

To better educate Canadians on issues of health and lifestyle, and to promote positive shifts in behaviour, Mr. Bloomberg joined forces with corporate partner Manulife Financial, with each pledging $1 million dollars to set up this 10-year initiative. Since its inauguration, the Prize has gained the endorsement of prominent health organizations including The Canadian Cancer Society, The Canadian Heart and Stroke Foundation, ParticipACTION Canada, The Canadian Diabetes Association and YMCA Canada.

“Dr. Willett is a thought leader in his industry, performing forward-thinking work that influences healthy lifestyles,” says Nicole Boivin, Chief Brand and Communications Officer at Manulife Financial. “His work aligns with our long history of supporting causes that improve overall health and wellbeing, and we are proud to recognize him with this award.”

Dr. Willett will accept the prize at a special ceremony at the MaRS Centre in Toronto on Monday, Jan. 27, where he will also take part in a conversation about his research. This will be followed by a moderated Q&A discussion on Wednesday, Jan. 29 at McGill University in Montreal, to discuss how small changes in our diet can drastically improve our health.

About the Bloomberg Manulife Prize

The Bloomberg Manulife Prize is administered by McGill's Faculty of Education. Sponsors include Westjet Airlines, The Globe and Mail, Shaw Media, Cineplex Odeon, and the Cambridge Group of Clubs. For more information: www.mcgill.ca/bloomberg-manulife

Manulife Financial is a leading Canada-based financial services group with principal operations in Asia, Canada and the United States. In 2012, it celebrated 125 years of providing clients strong, reliable, trustworthy and forward-thinking solutions for their most significant financial decisions. Its international network of employees, agents and distribution partners offers financial protection and wealth management products and services to millions of clients. They also provide asset management services to institutional customers. Funds under management by Manulife Financial and its subsidiaries were C$574.6 billion (US$558.7 billion) as of September 30, 2013. The Company operates as Manulife Financial in Canada and Asia and primarily as John Hancock in the United States.