How Brexit Can Transform the Governance of Global Civil Aviation 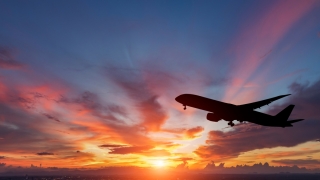 The McGill University Institute of Air and Space Law has released a detailed new paper by its Director, Professor Brian F. Havel, that comprehensively analyses the legal and policy consequences of Brexit for the airline industries of the United Kingdom (UK), the European Union (EU), and the United States (US).

In the paper, Professor Havel lays out ways in which the UK Government can help its airlines to survive the Brexit disruption, but he also expresses scepticism that the EU will simply allow Britain to hold on to its existing air traffic rights as it leaves the Single Aviation Market. Instead, Professor Havel proposes that the UK’s aviation negotiators should make a dramatic offer to their EU counterparts to allow EU airlines to own or control UK airlines or to establish their own airlines or airline subsidiaries in the UK. In return, the EU would take similar action with respect to UK airlines seeking to operate in the EU.This mutual exchange of a so-called “right of establishment” would allow UK airlines continued access to the most liberal aspects of the Single Aviation Market.

At the same time, this mutual deal would be huge step forward for regulation of the global airline industry: it would be the first international air services agreement to completely scrap the antiquated rule that stops airlines from entering foreign markets through buying a foreign airline or setting up their own airlines or airline subsidiaries in a foreign country. In Professor Havel’s view, the EU has been frustrated by its failure to persuade other leading aviation countries to sign onto such an agreement and therefore the UK has the chance to leverage Brexit to make this happen.Major aeropolitical powers like the United States might well follow the UK/EU lead. The current tight restrictions on foreign investment in national airline industries, which have persisted worldwide for almost 75 years, continue to deny airlines free access to global capital markets and the ability to create truly global carriers.

The new paper, entitled How Brexit Can Transform the Governance of Global Civil Aviation, will be the lead article in the forthcoming volume of the McGill Institute’s flagship biannual publication, the Annals of Air and Space Law, which will be published in November 2018 and distributed by WS Hein. A preview version of the article is available here.

For further information or to discuss the article, Professor Havel can be reached at brian.havel [at] mcgill.ca.