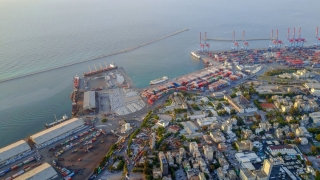 Beirut has forged a grim connection with Halifax — two port cities linked together in tragedy by catastrophic explosions a century apart. Lebanon said the Beirut explosion was caused by 2,750 tonnes of ammonium nitrate — which was stored unsafely in a warehouse after being confiscated from a cargo ship in 2014 — being ignited. (CBC News)

“Lebanon is facing a crisis on many fronts: economic collapse, the COVID-19 pandemic, a regional refugee crisis, and now the horrific explosion in Beirut—all aggravated by a corrupt and deeply dysfunctional political system."

Rex Brynen is a Professor of political science, specializing in politics, security, and development in the Middle East. He has served as a member of the Policy Staff at the Department of Foreign Affairs, as an intelligence analyst for the Privy Council Office, and as a consultant to various governments, UN agencies, and the World Bank.

Andrew Higgins is a Professor in the Department of Mechanical Engineering. His research focuses on aerospace, combustion, explosion and propulsion.

“It is incredibly tragic to hear of the explosion in Beirut of several thousand tonnes of ammonium nitrate, since the instability of this chemical to heat and fire is well-known. For the public's safety, Canada and many other countries have strict regulations that control the transportation and storage of ammonium nitrate and prohibit it from residential areas and public buildings.”

Joann Whalen is a James McGill Professor in the Department of Natural Resource Sciences and an Adjunct Professor with the Northeast Institute of Geography and Agroecology at the Chinese Academy of Sciences. Her research focuses on the soil fertility, fertilizer use, and soil ecological health of agroecosystems.

“The explosion in Beirut is the consequence of multiple socio-economic, political and ecological factors. It is also a window into a future that could affect all of us, everywhere, in the wake of continued social and environmental uncertainty. The different communities living in Lebanon will need more than humanitarian aid to recollect pieces of their city and rebuild their lives.”

Cynthia is a PhD Candidate in Department of Anthropology. Her work explores the relationships between knowledge, practices and politics in health and medicine in the Middle East.