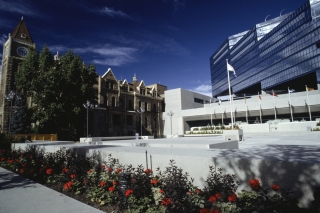 The 2021 municipal election was historic in Alberta, where Edmonton elected its first mayor of colour and Calgary its first female mayor. Calgary’s new mayor, Jyoti Gondek, says the diversity of the city’s incoming council will bring “strength to decision-making” at a time when a significant number of women and people of colour were elected to municipal offices across Alberta. Mayor-elect Amarjeet Sohi, a Sikh immigrant from India, will be the first person of colour to lead Edmonton. (CityNews)

"The historic elections for both Jyoti Gondek in Calgary and Amarjeet Sohi in Edmonton points to the continued electoral success of Sikhs in Canada. Both Gondek and Sohi are just two of the many examples of visible minority politicians being elected across the country, at all levels of government. Over the past few months 15 Sikhs have been elected to the federal parliament and four Sikhs to the Alberta legislature. Gondek and Sohi are paving the way for not only the Sikh community, but for all visible minority and women candidates."