McGill.CA / The Neuro / Support the Neuro Aliza Sovani is not letting her MS diagnosis slow her down. She recently ran in the Scotiabank Charity Run to fundraise for The Neuro. Her five-kilometre run generated $7,736 for MS research. Sovani was invited to join a team by a fellow patient of The Neuro’s MS clinic.

“I wanted to give back to The Neuro, especially the infusion and MS clinics who have made this whole process a wonderful experience, from decision-making to pre-testing and now to monthly labs! I am very grateful to have access to the medical professionals at The Neuro and to this cutting-edge treatment.”

Sovani says it feels very rewarding to help MS research at The Neuro, and she got a lot of love and support from those around her. She says she manages her MS with medication and a combination of healthy eating, exercise, and surrounding herself with positive energy.

“I'm not perfect at it but it keeps me centred and allows me to lead an overall healthy lifestyle that takes charge of MS rather than the reverse which is what I expected and was really scared of when I got diagnosed,” she says. “The cure is near and let's do everything in our power to support our body at the cellular level and assist it in fighting off this disease for good!”

Private philanthropy helps make research possible. David Torrey decided to support The Neuro’s Multiple Sclerosis Research Program after his daughter became a patient of the MS Clinic. Torrey is himself a patient of The Neuro, where he is treated for a chronic condition known as inflammatory demyelinating polyneuropathy (CIDP).

A long-standing supporter of The Neuro, in 2015 Mr. Torrey decided to make a transformational investment in the people and work that had so impacted his life by establishing the David L. Torrey Multiple Sclerosis Endowment Fund for Excellence. Each year, the interest generated from this endowment provides crucial support for the MS program’s most urgent needs, including recruitment, equipment, and clinical testing. “The Neuro is the location of some of the best research into many neurological disease, but especially MS as far as I’m concerned,” Torrey says. “It’s a cause that’s near and dear to my heart because of my daughter.”

Mr. Torrey’s investment is a concrete expression of his hope that this research will help not only his daughter but also many other patients and families coping with the difficult diagnosis of Multiple Sclerosis. “I am passionate about being able to support the most innovative research,” says Mr. Torrey. “I know the work of  researchers like Dr. Jack Antel will lead to improvements in the lives of people with MS.” Most members of the McGill community have stepped into a Couche-Tard at least once – after all, there is one right across the street from the Stewart Biology Building on Dr. Penfield Ave. But few could probably name Alain Bouchard, who grew the company from one store in Saint-Jérôme, Que. in 1980 to an international retail leader with $35 billion in annual sales. When Brenda Milner was a young graduate student beginning her career at the Montreal Neurological Institute (MNI) in 1950, she was given two pieces of advice: “make yourself as useful as you can” and “don’t get in anybody’s way”.

After a stellar career of 65 years, more than 20 honorary degrees, numerous academic awards (including the 2014 Kavli Prize in Neuroscience), and an outstanding record of ground-breaking research, it’s safe to say the world-renowned neuropsychologist has surpassed those original, modest benchmarks.

When Milner began working at the MNI, it was at the threshold of a modern era of investigation into the complexities of the brain and the nervous system. These were the heady beginnings of neuroscience and the Neuro was front and centre, pioneering a surgical procedure for patients suffering from epileptic seizures.

“Neuroscience is a great success story and the Neuro is part of that story,” says Milner.

Today, Milner is Dorothy J. Killam Professor at the MNI and professor in the department of neurology and neurosurgery at McGill University. She has contributed to enormous advances in helping patients through her discoveries about the brain and memory. Milner’s research has also had a profound influence on the development of tests to treat people with brain disorders resulting from traumatic injury and degenerative diseases, and from psychiatric illness.

As one might expect, Milner brings the same clinical rigour that characterizes her research, to her gift to the Neuro. Her bequest will be directed to the epilepsy program, supporting post-graduate fellowships, a targeted need that she knows will greatly benefit from donor support.

“When you complete your PhD and want to continue your research, it’s really very difficult,” she says.

At 97 years old (Milner attributes her longevity to good genes, a social network, a little exercise and the benefits of bilingualism), she could easily rest – or retire – on her remarkable laurels, but laurel-resting does not suit Milner and she continues to bring the same fervour to her work as she did when she stepped inside the front doors of the Neuro for the first time back in 1950.

“It’s exciting to see the research evolve,” she says. 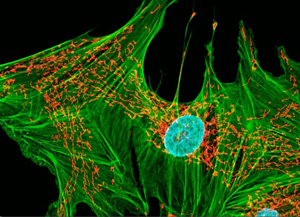 A $2 million gift from the Molson Foundation is enabling The Neuro to establish the new Molson Cellular Imaging Facility. This will be a ground-breaking cellular imaging facility combining the expertise of top scientists from around the world with the most advanced equipment and resources.

Most neurological disorders result from slight changes in the function and connectivity of brain cells. Advances in microscopy and image analysis have transformed the way in which scientists can examine and understand normal nerve cell function and determine how it is disrupted in models of disease.

The Molson Cellular Imaging Facility is being created to house innovative microscopy at The Neuro. With all cellular imaging under a single roof, microscope users will collaborate in understanding and treating disorders such as Alzheimer’s, Parkinson’s, ataxias, autism, ALS, multiple sclerosis, Huntington’s disease, epilepsy, and acute conditions including stroke, spinal cord injury, traumatic brain injury, and brain tumours.

The Molson Foundation shares The Neuro’s commitment to alleviating and one day preventing the suffering of those living with neurological disease or disorders. The Foundation’s several leading gifts to The Neuro in support of projects on the cutting edge of science and technology have allowed us to do more, better and faster.

A patient’s very own skin cells may hold the key to new treatments and even cures for devastating neurological diseases. A generous $1 million donation from Mr. J. Sebastian van Berkom, and critical partnerships with Brain Canada, Laval University, Marigold Foundation and the FRQS-Réseau Parkinson Quebec are driving an innovative, iPSC (induced pluripotent stem cell) research platform that will transform research into Parkinson’s and other neurological diseases.
Read more

The Neuro is at the cutting edge of neuroscience research and patient care, and nowhere is this more apparent than in our Epilepsy Program. These achievements are made possible thanks in large part to the generosity of our donors, among them those who have made provisions in their estate planning to support The Neuro’s important work.

In celebration of such a gift, The Neuro wishes to recognize Mrs. Barbara Helen Bloom for the generous donation given through her estate to fund epilepsy research and assist patients whose epilepsy is unable to be controlled using the currently available pharmacological and surgical options. This support was given in memory of her son, Randall Gordon Bloom.