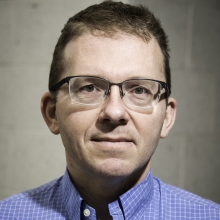 Dr. Matthias Georg Ziller is an Assistant Professor of Neurology and Neurosurgery at McGill University, and a neurologist in the Electromyography (EMG) Department of The Neuro (Montreal Neurological Institute and Hospital). He is also an attending neurologist at St. Mary’s Hospital Centre in Montreal.

Dr. Ziller is a member of the American Academy of Neurology, the Canadian Neurological Society, the Canadian Headache Society, and Societé des sciences vasculaires du Québec.

He serves as journal reviewer for the Canadian Medical Association Journal, the Journal of Rural Neurological Practice, and Annals of the Academy of Medicine.

In 2018 he received an Award for Excellence in Teaching (Transition to Clinical Practice) from McGill University.