To attend in person, register here.

Abstract: More than a century has passed since pathological protein aggregates were first identified as defining hallmarks for several neurodegenerative diseases (NDDs), including Alzheimer’s disease, Parkinson’s disease. Over the years, converging evidence from human genetics, neuropathological studies, and animal models pointed to a central role for protein aggregation in the initiation and progression of NDDs. This has led to the pursuit of different small molecule and antibody-based therapeutic strategies to prevent protein aggregation or stop pathology from spreading in the brain. Yet, we still do not have effective therapies to treat or slow the progression of these devastating diseases or diagnostics for early detection and monitoring disease progression.

In this lecture, I will reflect on some of the reasons underlying the drug development failures in NDDs, including the failure to embrace the neuropathological complexity and clinical heterogeneity of NDDs. Using Parkinson’s disease as a case study and recent findings from our group, I will demonstrate how new advances in chemical biology, imaging, protein structure amplification, and omics technologies have enabled us to deconstruct and reconstruct the complexity of brain pathologies and disease mechanisms in NDDs. These advances have provided novel insights that challenge the traditional views and hypotheses on the role of protein aggregation in NDDs. I will close by making the case that effective treatments of PD and other NDDs will require personalized combination therapies that account for the clinical heterogeneity of the disease and the complexity of the molecular mechanisms driving neurodegeneration and disease progression.

Bio: Dr. Hilal A. Lashuel received his B.Sc. degree in chemistry from the City University of New York in 1994 and completed his doctoral studies at Texas A&M University and the Scripps Research Institute in 2000. In 2001, he moved to Harvard Medical School and the Brigham and Women’s Hospital as a research fellow in the Center for Neurologic Diseases and was later promoted to an instructor in neurology at Harvard Medical School. In 2005 Dr. Lashuel moved Switzerland to join the Brain Mind Institute at the Swiss Federal Institute of Technology Lausanne (EPFL) where he is currently working an associate professor of life sciences and the director of the laboratory of molecular and chemical biology of neurodegeneration. 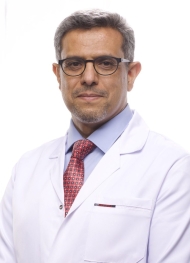