Individual variability in brain network organization: Its implication to cognitive function in health and disease 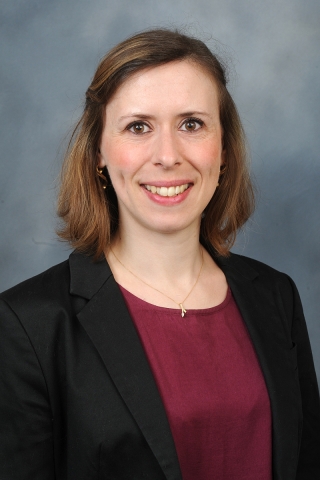 Bio: Dr. Doucet received her Ph.D. in Cognitive Neuroscience from the University of Caen-Basse Normandie in France in 2010. From 2011 to 2017, she did two postdoctoral fellowships focusing on the impact of neurological and neuropsychiatric disorders on brain architecture. Starting in 2017, she became an assistant professor in psychiatry at the Icahn School of Medicine at Mount Sinai (New York, NY). In April 2020, she became the Director of the Brain Architecture, Imaging and Cognition (BrAIC) Lab at Boys Town National Research Hospital (Omaha, NE, USA) and a member of the Cognitive Neuroscience of Development & Aging (CoNDA) Center directed by Dr. Tony Wilson, Ph.D.. Her work involves the investigation of brain architecture and its relation to cognition in health and disease and she has developed expertise in the use of resting-state fMRI to characterize the brain’s functional organization.

Talk abstract: A core aim of cognitive neuroscience is to identify the functional significance of interindividual variation in brain organization in healthy and clinical populations. Until recently, neuroimaging studies have mostly used a variable-based analytical method (such as correlational analyses) to understand the association between behavior and brain variation. However, this approach brings some limitations as it cannot be generalized to every individual person and it largely ignores the role of outliers. In this context, I will describe a novel person-based approach that was designed to quantify inter-individual variability in a specific domain at the level of each individual person. I will further show that this person-based index is reproducible and biologically meaningful and may help identify clusters of individuals at risk for adverse clinical outcomes. Lastly, I will also talk about my most recent work that aims to understand variability in brain network organization related to healthy aging.

Related Links:
All recordings in the Feindel Virtual Brain and Mind Seminar at The Neuro
Registration
Last updated: 10/27/2020 - 13:02