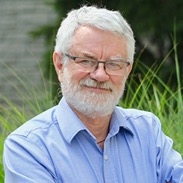 For more information and to RSVP: Link

The lecture will be followed by a reception.

Dr. Terry Peters'  research focusses on the development and application of techniques for image-guided surgery and therapy. He has authored over 300 peer-reviewed papers and book chapters, and has mentored over 90 trainees. He obtained his PhD in Electrical Engineering at the University of Canterbury in NZ in 1974, and joined the MNI as a research scientist in 1978 where he was actively involved in the establishment of the MR imaging program, as well as the development of image-guided stereotactic neurosurgery techniques. In 1997 he joined the Imaging Research Labs at the Robarts Research Institute, where he expanded his research to encompass image-guided procedures beyond the brain.

This lecture honours Dr. Christopher Thompson (1942 – 2017), Professor Emeritus in the Medical Physics Unit of the Department of Neurology and Neurosurgery, and in the Department of Biomedical Engineering. He served as Director of The Neuro’s Research Computing Laboratory from 1980 until his retirement in 2007.

Dr. Thompson was a pioneer of medical imaging specializing in positron-emission tomography (PET). His 37 years at The Neuro were marked by his innovative, pivotal research. He worked with Canada’s first computerized tomography scanner and developed software which created customized brain maps, used during stereotaxic surgery when treating Parkinson’s disease. He also designed the first PET scanner to use bismuth germinate detectors and dedicated the remainder of his career to refining PET instrumentation at The Neuro’s McConnell Brain Imaging Centre.

Dr. Thompson’s colleagues have organized this annual lecture focused on medical imaging as a tribute to a friend, mentor, colleague, and innovator.