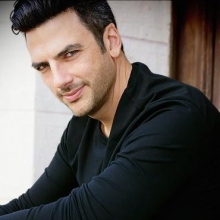 Hailed as “a bass of rare talent” (San Francisco Chronicle) possessing a ”mellifluous bass that is at once robust and gentle” (Opera Magazine), American bass Matthew Treviño is captivating audiences through his work in opera, theater, and the recording arts.

Most recently, he performed the role of Dr Bartolo in Le nozze di Figaro with the Austin Opera, Dr Grenvil in La Traviata with the Calgary Opera and was engaged with the Orchestre symphonique de Montréal as Le père de famille in Berlioz's L'enfance du Christ (*Canceled due to Covid Restrictions). Next season he will sing The Bonze in Madama Butterfly and Ferrando in Il Trovatore with Opéra de Montréal, and Frère Laurent in Roméo et Juliette with Opera Florentine.

In addition, Mr Treviño has perfromed on numerous studio recordings of rare and new works including The Canterville Ghost by Gordon Getty (Pentatone), The Man Who Mistook His Wife For a Hat by Michael Nyman (Naxos), Three Way by Robert Patterson (American Modern Recordings), and Psalmi ad Vesperas by Colonna (MSR Classics).

A native Texan, Matthew is a graduate of Baylor University where he was honored with the Thomas Stewart Award for Vocal Excellence. He is a former member of the world renowned Merola Opera Program in San Francisco and a winner in the Loren L. Zachary Foundation Competition, Dallas Opera Competition, and the Fort Worth Opera’s McCammon Voice Competition. A devoted and passionate educator, he is committed to a teaching approach which includes the science of healthy singing, a sensitivity to the artist’s physical, mental, and spiritual wellbeing, and an unyielding commitment to guiding students towards a more productive life both personally and professionally.