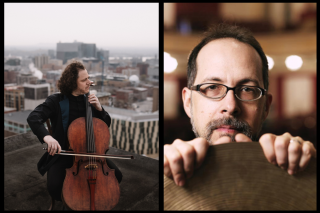 The 2021 GRAMMY Awards Nominees have been announced, and we are delighted to see Schulich faculty, former colleagues and alumni represented! As music's only peer-recognized distinction, the GRAMMY awards honour and celebrate artistic excellence across the entire music industry, and to see the accomplishments of the Schulich community included on the list is always a thrill.

We are so proud of the many achievements of our faculty, students, and alumni and send a hearty congratulations to all.

The 63rd GRAMMY Awards ceremony takes place January 31, 2021 and will be broadcast live on the CBS Television Network.

Here are this year’s categories featuring Schulich Faculty and Alumni:

* Read more about it in our April-August Release Radar

See all the nominations for the 2021 Grammy Awards online here