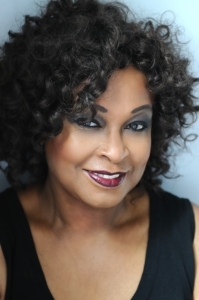 MusicFest Canada began in 1972 with a handful of Canadian musicians who created the country’s first jazz band festival. Now, in its 49th year, this small group has grown to embrace 4 Festival Divisions, the original Canadian Stage Band Festival Jazz Division, the Choral/Vocal Jazz Division(1981) the Concert Band Division (1986) and the Orchestra/String Division (2008).  MusicFest Canada — “The Nationals” — brings thousands of students and educators from across the country together, over a one-week period, to celebrate excellence in musical performance.

It comes as no surprise that an institution such as MusicFest Canada would want to honour another indelible member of the Canadian jazz landscape, vocalist and musician Ranee Lee. Named to the Order of Canada in 2007, Ranee has been an educator at the Schulich School of Music for over 20 years. Her contributions to music at the School and beyond cannot be overstated. We celebrate this recognition of her accomplishments and commitment to the development of jazz musicians across the country.

The 2021 Awards Ceremony takes place on May 27, where scholarships will be awarded to Canada’s most outstanding young musicians, and honour individuals that have shaped music in Canada. This includes the new Ellison Travel & Tours Ranee Lee Vocal Scholarship. The festival will provide a cash scholarship to a most outstanding individual choral performer. The Ceremony will be streamed on Thursday, May 27 at 12:00PM and again at 4:30PM (Eastern Daylight Time). After the ceremony, all Scholarship and Awards results will be posted on our website at: musicfest.ca/2021-scholarship-winners/