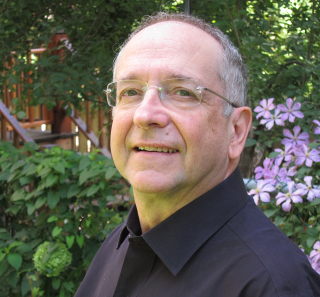 Congratulations to Prof. Peter Schubert, who was recently awarded the the Gail Boyd de Stwolinski Prize for Lifetime
Achievement in Music Theory Teaching and Scholarship from the Journal of Music Theory Pedagogy. Awarded only every 5 years, the award is given to an individual whose worked has impacted music theory pedagogy world-wide through their lectures at an institution, conference presentations, or publications. In order to be eligible for the prize, candidates must have taught for at least 25 years, made a significant impact on the field of music theory pedagogy, and impacted future generations of music theory instructors.

The Stowlinski Prize's press release highlights several aspects of Prof. Schubert's remarkable educational career. "Beyond his excellence in the form of classroom teaching, Peter Schubert has created a valuable treasure trove of videos that reach far and wide, demonstrating the power of listening, creating, and improvising in what is usually viewed as an arcane and painful task. His published work, including his highly influential textbooks on both modal and tonal counterpoint, have created an extraordinary impact on the field. Finally, Schubert has changed the way musicians think, bringing joy through musical insights, allowing students to do something that they only dreamed of in terms of their musical studies and analytical discoveries."

In addition to the recognition that the prize carries, recipients receive a $3000 cash prize and an invitation to the next national meeting of "Pedagogy into Practice: Teaching Music Theory in the Twenty-First Century." In addition, two of the awardee's former students will be invited to write an article for the Journal of Music Theory Pedagogy on how their work with Prof. Schubert enhanced their own pedagogical approach.