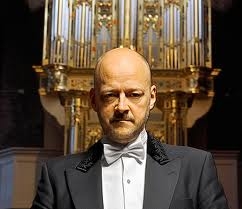 A new wave of young musicians is promoting the pipe organ—no hymns, no religious baggage… McGill University’s organ department recently received a boost with the arrival of new department chairman Hans-Olå Ericsson, a famed professor from Sweden. Ericsson’s avant-garde organ music was included in the soundtrack of the Leonardo DiCaprio film Shutter Island, but that isn’t his claim to fame. He is the project leader for the creation of a symphonic invention, the Studio Acusticum organ, built for a new concert hall in Piteå, Sweden. The pipe organ, which had its debut this fall, has a built-in lighting system and is about to be fitted with a processor. “There is the possibility it can be played by a remote keyboard over the Internet,” explains Ericsson, who describes his evolving creation as “open concept” in order to accommodate styles of music that have yet to be invented. “Progressive musicians like Benny Andersson from ABBA are thrilled.”  --Maclean's magazine--