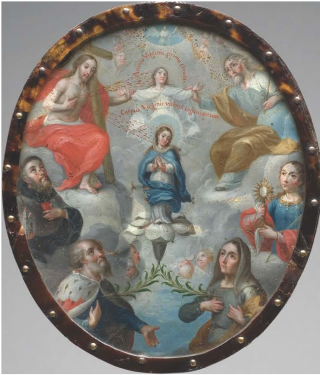 If virginity had a sound, it would most likely sound like the Virgin Mary, according to some devotional sources intended for the indoctrination and spiritual contemplation of cloistered nuns in seventeenth- and eighteenth-century New Spain. This paper traces that allegory from its inception in reflections on biblical narratives of Mary's life, including the Annunciation and the Visitation, while also highlighting some of the most complicated theological musings on the nature of the Virgin Mary’s soul in the doctrine of the Immaculate Conception. While liturgical and devotional music honoring the Virgin Mary is ubiquitous across the early modern Catholic world—often amplifying the soundscape of local politics—this source study reveals that Mary herself could resound and be echoed. This rhetoric taught nuns that the Virgin of virgins was also the voice of all voices that the nuns themselves could resonate with within their cloisters.

But what did the Virgin Mary sound like? Convent chronicles, sermons for nuns’ professions and for the Feast of the Immaculate Conception reveal that Mary resounded in God's life-giving breath at the Creation as an improvised fantasia or an echo in mode 8. The Spanish devotion to the Virgin of the Expectation also mapped the Virgin’s pregnant body to the O of the great O antiphons for the final days of Advent. The rare music manuscripts, literature, and visual art from the early modern Spanish world that come to the fore are situated through the lens of colonial Mexican and Latin American studies on the history of gender and race relations as well as issues in voice studies. This paper problematizes the ambiguity with which the socially constructed insignia of virginity was deployed with sonic theologies of Mary’s essence imposed on religious women by male clergymen.

Cesar Favila is a native of rural Northern California and was a first-generation college student, having received his BA in music from UC Davis. Subsequently, he earned an MA and PhD in the history and theory of music from the University of Chicago. He is currently assistant professor of musicology at UCLA.

His research is featured in Aztlán: A Journal of Chicano Studies, the Journal of the Society for American Music, Mexican Studies/Estudios Mexicanos, and Women & Music: A Journal of Gender and Culture. Favila’s current book project, Immaculate Sounds: The Musical Lives of Nuns in New Spain, will be the first book on women’s contributions to music making in Latin America, addressing sacred music and its intersections with urban culture, gender, race, mysticism, and other arts in colonial Mexico. His research has been supported through funding from the Academy for American Franciscan History, the American Philosophical Society, the Fulbright Program, and the Society for American Music.

This event is generously sponsored by the McGill Music Graduate Students’ Society. 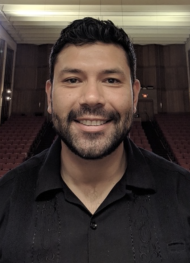 Cesar Favila is a native of rural Northern California and was a first-generation college student, having received his BA in music from UC Davis. Subsequently, he earned an MA and PhD in the history and theory of music from the University of Chicago. He is currently assistant professor of musicology at UCLA.
Last updated: 04/13/2021 - 11:38
Back to top
McGill University
Copyright © 2021 McGill University
Accessibility Log in