Brad Wells | Reimagining the Expressive Potential of the Human Voice

Discussing choral art and pedagogy, innovative trends in ensemble singing, and the current state of classical music as a part of ReVoice.

Brad has held conducting positions at Yale University, Trinity College, University of California at Berkeley and California State University, Chico, and has directed choirs of all ages. His ensembles have performed throughout North and South America, South Africa and Europe. In 2007, Brad commissioned and led the Williams Concert Choir in the world premiere in Palestrina, Italy, of Judd Greenstein’s Lamenting, a work based on Renaissance composer Giovanni Pierluigi da Palestrina’s settings of Hebrew letters from his Lamentations. In 2006, he assisted with the world premiere of Philip Miller’sREwind: A Cantata for tape, testimony and voice in Cape Town, South Africa, and conducted the U.S. premiere at the Celebrate Brooklyn Festival in New York City.

A champion of Estonian choral music, Brad has led the U.S. premieres of works by numerous Estonian composers including Raimo Kangro, Jüri-Ruut Kangur, and Lembit Veevo. He has lectured and published articles on the physiology and acoustics of non-classical vocal styles and the role of singing in film. As a singer, he has performed and recorded with such ensembles as Paul Hillier's Theatre of Voices, Philharmonia Baroque Orchestra (under Nicholas McGegan and Philip Brett) and the California Choral Company (under William Dehning). In 1998, he was the recipient of the Aidan Kavanagh Achievement Prize from the Yale Institute of Sacred Music. Brad received the Doctor of Musical Arts (2005), Yale University; Master of Musical Arts (1998), Yale University; Master of Music (1986), University of Texas at Austin; B.A. (1984), Principia College. 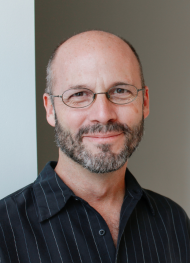