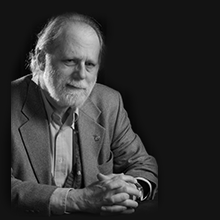 Canadian composer Brian Cherney (b.1942) studied composition with Samuel Dolin at the Royal Conservatory of Music in Toronto and with John Weinzweig at the University of Toronto and received graduate degrees from the University of Toronto in both composition (MMus'67) and musicology (PhD'74). Since 1972 he has been on the staff of the Schulich School of Music at McGill University in Montreal, where he teaches composition, twentieth-century analysis and twentieth-century music history.

In 1979 Cherney's String Trio, a CBC commission, tied for first place among the "recommended" works at the International Rostrum of Composers in Paris. In 1985 he was awarded the Jules Léger Prize for New Chamber Music for River of Fire, a work for oboe d'amore and harp. His 1995 orchestral work, Et la solitude dérive au fil des fleuves... (1995), commissioned by the Montreal Symphony Orchestra, was premiered by that orchestra, under Charles Dutoit, on May 28 and 29, 1996, in Montreal. Another recent piece, Echoes in the Memory (1997), commissioned by the CBC for the Toronto group, Amici , was premiered by that group in Toronto on November 21, 1997. In July, 1998, a new work for flute and percussion, Entendre marcher un ange , was premiered by Andrée Martin and Paul Vaillancourt at the Sound Symposium in Newfoundland. On October 21, 1998, the Contemporary Chamber Players of SUNY at Stony Brook, New York, presented a concert which included five of Cherney's pieces, dating from 1983 to 1998.