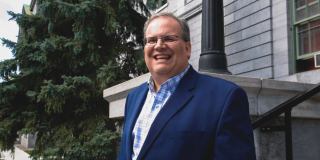 The McGill Institute for the Study of Canada is pleased to announce the appointment of Professor Daniel Béland as Director. A widely-cited scholar working on public policy from a comparative and historical perspective, Mr. Béland will join the Department of Political Science as Full Professor and lead the Institute’s teaching, research and public outreach activities as of January 2019. His comparative lens and interest in many broad historical, political and social processes will be great assets as he joins the Faculty of Arts at McGill University.

Professor Béland has published more than 15 books and 130 articles in peer-reviewed journals. He specializes in the fields of Canadian and comparative politics, as well as the study of public policy, including social policy.

Please join us in welcoming Professor Béland and wishing him well in his new roles.