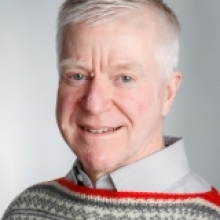 The Coulton research group studies membrane proteins (MPs) that are required for transport of iron, an essential nutrient, across the bacterial cell envelope.  Our on-going research collaborations with colleagues world-wide emphasize structural determinants of MPs required for transport, including solving their 3-D structures by X-ray crystallography.

For import of iron-siderophore complexes, seven proteins in the cell envelope of Escherichia coli are essential.  We use FhuA from E. coli as a model bacterial outer MP.  TonB, partner protein of FhuA, is one of three proteins from the energy-transducing complex TonB–ExbB–ExbD that is embedded in the cytoplasmic membrane.  Initial studies of the TonB interactome began with our X-ray structure 2GRX for the co-crystal of TonB–FhuA.  We recently adopted complementary strategies to generate models for the 3-D organization of the TonB interactome.  Having isolated abundant (mg) quantities of purified ExbB–ExbD complexes and substituted amphipols (APol) for detergents, we collected low-resolution data: small angle X-ray scattering (SAXS) and small angle neutron scattering (SANS) (Sverzhinsky et al., Journal of Membrane Biology 2014).  Medium resolution electron microscopy resolved particles (10 nm diameter) by negative staining (Sverzhinsky et al., Structure 2014; Journal of Bacteriology 2015).  Remarkably, the stoichiometry of ExbB4–ExbD2 changed on addition of TonB: ExbD4–ExbD1–TonB1.  The accompanying video  shows a scale model for interaction of known proteins of E. coli that participate in transport of iron-siderophores across the cell envelope.  Video credit: A. Sverzhinsky.

Our steepest challenge is to grow 3-D crystals, a partnership with I. Moraes at the Membrane Protein Laboratory, Diamond Light Source, Oxford; S. Iwata, Director.  Growing MP crystals requires novel strategies and leading infrastructure: lipidic cubic phase and screening hundreds of conditions with nano-robotics.  Crystals must be of sufficient quality that they diffract; to date we observe diffraction to 2.9 angstroms at the microfocus beamline I24, Diamond Light Source.  Unlike crystals that are grown for soluble proteins (usually to 100 µm in size), the MP crystals of the ExbB–ExbD complex that we reproducibly grow in lipidic cubic phase are “showers”, only 5 to 10 µm in all dimensions.  Our 2015 visits to world-unique beam lines, X-ray free electron laser XFEL, at Stanford University, and at SPring-8/SACLA in Japan provided opportunities for data collection on the ExbB-ExbD complex.

When we fully understand the structure and function of TonB, ExbB, and ExbD, then we will know a critical mechanism whereby Gram-negative bacteria acquire iron.  Knowledge advanced by outcomes from our research will enable the design of antibacterial compounds that block iron import, thus markedly slowing bacterial growth.

Protein–protein interactions for early intracellular vitamin B12 metabolism in mammals

Vitamin B12, or cobalamin, is a water-soluble vitamin required as cofactor for two mammalian enzymatic processes: methionine regeneration in the cytoplasm by methionine synthase (MS), and fatty acid/amino acid metabolism in mitochondria by methylmalonyl-CoA mutase (MCM).  While the molecular nature of intracellular cobalamin metabolism in mammals remains poorly understood, the proteins MMACHC, MMADHC, LMBD1 and ABCD4 are implicated in its early uptake and processing.  Due to the inherent challenges associated with the cellular utilization of this cofactor, we propose that these proteins mediate its early intracellular channeling; the objective of this thesis was to characterize the protein-protein interactions that coordinate this process.

To gain insight into the function of MMADHC, recombinant isoforms were purified and low-resolution structural features were determined.  MMADHC is monomeric and adopts an extended conformation in solution, with regions of disorder identified at the N-terminal domain.  Panning combinatorial phage libraries against recombinant MMADHC allowed mapping of putative sites of interaction on each protein.  Kinetic analyses using surface plasmon resonance (SPR) confirmed a sub-micromolar affinity for the MMACHC–MMADHC interaction.  Based on these studies, we propose (Deme et al. Molecular Genetics and Metabolism 2012) that the function of MMADHC is exerted through its structured C-terminal domain via interactions with MMACHC in the cytoplasm.

Clinical phenotypes and subcellular location of MS and MUT dictate that MMACHC functions in the cytoplasm while MMADHC functions at a branch point in the pathway in both the cytoplasm and the mitochondrion.  To demonstrate that the MMACHC–MMADHC interaction is physiologically plausible, we used subcellular fractionation and immunofluorescence to confirm that MMACHC is cytoplasmic while MMADHC is dual-localized to the cytoplasm and to mitochondria (Mah et al. Molecular Genetics and Metabolism 2013).

Our results support a model whereby membrane-bound LMBD1 and ABCD4 regulate vectorial delivery of lysosomal cobalamin to cytoplasmic MMACHC, preventing cofactor dilution to the cytosolic milieu and protecting against inactivating side reactions.  Subsequent formation of a cytoplasmic MMACHC–MMADHC complex then processes and partitions this cofactor to the downstream enzymes MCM and MS.  These studies identify and characterize multiprotein complexes, advancing our basic understanding of early intracellular cobalamin metabolism.