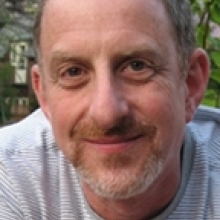 Ian Gold is the Canada Research Chair in Philosophy & Psychiatry at McGill University in Montreal. He completed a Ph.D. in Philosophy at Princeton University and did postdoctoral training at the Australian National University in Canberra. From 2000 to 2006 he was on the faculty of the School of Philosophy & Bioethics at Monash University in Melbourne and returned to McGill in 2006. His research focusses on the theory of delusion in psychiatric and neurological illness and on reductionism in psychiatry and neuroscience. He is the author of research articles in such journals as Behavioral and Brain Sciences, Mind and Language, Consciousness and Cognition, The Canadian Journal of Psychiatry, World Psychiatry, Transcultural Psychiatry, Philosophy, Psychiatry, & Psychology, and Cognitive Neuropsychiatry. No Mind is an Island, a book co-written with Joel Gold, is due to appear in 2012.