Socialist (In)security: The Politics of Pensions in Communist and Post-Communist Russia 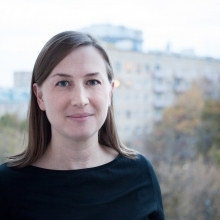 Twentieth-century Eastern European socialist economies promised comprehensive welfare benefits “from the cradle to the grave,” including generous state pensions, and had some of the lowest pension ages in the world; however, the expense of this agenda is often pointed to as a long-term cause of the collapse of these economies and its legacy as a drain on post-communist successors states’ budgets. Focusing on the Soviet example, this talk will look at the pitfalls of pension financing in the postwar period. WWII increased the burden of pension financing three-fold in the Soviet Union, whose economy was devastated and whose pensioner population was dramatically increased by the war and by several decades of disruptive state policies. In particular, it will look at how the October 1956 pension law tried to solve the problem of providing for the socioeconomically vulnerable while preserving financial incentives to be maximize one’s lifetime labor contributions. It also points to some of the reasons why the current Putin government has faced a massive backlash as it attempts to renege on some of the pension guarantees of the Soviet period.

This webinar is for Max Bell School MPP students only. See our Fall 2020 Policy Lecture Series for other webinars that are open to the public.

Kristy Ironside is a historian of modern Russia and the Soviet Union. She is especially interested in the political, economic, and social history of Russia and the USSR’s twentieth century. Her first book, A Full-Value Ruble: The Promise of Prosperity in the Postwar Soviet Union, is forthcoming with Harvard University Press in 2021. This book looks at how money, an ideologically problematic ‘vestige of capitalism,’ was mobilized by the Soviet government in the intertwined projects of recovering from the Second World War’s damage and building a prosperous communist society. This project has spun off articles looking at related economic and social phenomena in Soviet history, exploring the balance of coercion and incentives, Stalinist and Khrushchev-era economic thinking, and the nature of the postwar Soviet welfare state. Her articles have appeared in Kritika: Explorations in Russian and Eurasian History, The Soviet and Post-Soviet Review, Slavic Review, Europe-Asia Studies, and The Journal of Social History. Ironside is also beginning a new project looking at Russia and the USSR’s fraught relationship to international copyright. This research is funded by a Social Sciences and Humanities Research Council Insight Development Grant and the Fonds de Recherche du Québec - Société et Culture, soutien à la recherche pour la relève professorale. The resulting book will examine changing notions of intellectual property, profit, and rights, as well as the Russian state’s engagement with international legal norms, from the late 19th century, through the Soviet period, to the return of capitalism in Russia after 1991.

Dr. Ironside is open to working with graduate students on projects exploring Soviet and Eastern European social, political, and economic history, as well as international history.