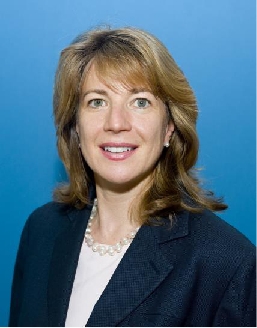 The fuel of tomorrow: How nutrition can drive countries, economies and a brighter future

Everyone is welcome to attend.

Ms. Landis has spent her career working in the field of relief and development, beginning at OCHA (then UNDRO) in Geneva in 1985. She then moved to the U.S. Office of Foreign Disaster Assistance within the Agency for International Development (USAID) from 1986 to 1993, taking on assignments in Washington and in Africa as Disaster Operations Specialist and Emergency Operations Coordinator.

In 1993, Ms. Landis turned her efforts to the NGO sector, working at InterAction from 1993 until 1995. She later moved to Save the Children, serving as both Director of Humanitarian Response and Director of the Food Security Unit. In 2002, Ms. Landis returned to the U.S. Government as Director of USAID’s Office of Food for Peace, and in 2006 she transitioned to the U.S. Department of State to serve as the Senior Representative on Sudan.

Ms. Landis joined the United Nations World Food Programme (WFP) as Chief of Staff in 2009, and two years later she became Director of the WFP Geneva Office. From 2013-2016, Ms. Landis served as the WFP Country Representative and Director in Chad, and in mid-2016 she returned to Rome, Italy to take up her current role as WFP’s Director of Nutrition.