Virtual ROAAr Book Club | The Tastes of Summers Past 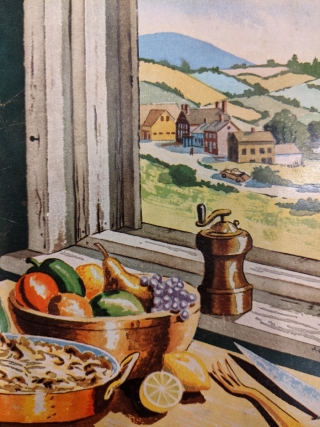 The Tastes of Summers Past

Fancy a taste of summers past? This meeting of the ROAAr book club features recipes from our Cookbook Collection, pulled together into a summer menu that spans decades and more than a few passing food trends.

Hear from Julian Armstrong, in conversation with Nathalie Cooke and Elis Ing. Connect with others and share your feasts (or failures!) at cooking from historical recipes.

Julian Armstrong has been reporting on food for newspapers for the better part of five decades and has covered everything from gastronomy and food prices to nutrition and food safety. She was food editor of the Montreal Star and then of the Montreal Gazette, for whom she now writes a weekly column called Six O'Clock Solution in which she reviews new cookbooks.

But Julian is happiest writing about Quebec cuisine, where the latest developments in food and drink and centuries-old culinary traditions co-exist in harmony in a province in which residents carry on an enduring love affair with food that is perhaps unique in the world.

She is the author of Made In Quebec: A Culinary Journey (HarperCollins, 2014) and A Taste of Quebec (Macmillan, 1990, updated in 2001). She has helped to choose winners of national cookbook contests in Canada and the United States. The International Association of Culinary Professionals appointed her honorary writer-in-residence at its 2003 conference in Montreal. She is a founding member of the Association of Food Journalists, which closed down in 2020, and of the Cuisine Canada Culinary Alliance (now known as Taste Canada) and she has judged countless chefs’ contests. Most recently she was a judge at the Gold Medal Plates competition, which raises money for Canada’s Olympic athletes.