McGill Conversation | McGill in the Making; The Dawson Family at Home and Away 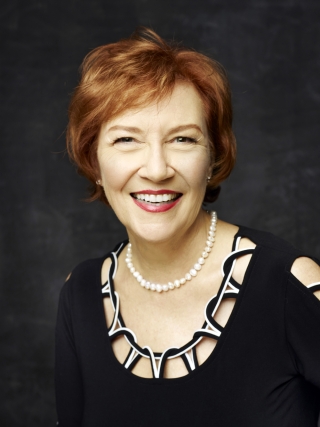 The Dawson Family papers give a fascinating glimpse into the life of a 19th century McGill family - a group of geologists, influential socialites, and explorers. Join author and Professor Aritha van Herk and Alberto Manguel for an exploration of the Dawson family, their role in shaping McGill, Montreal, and Canada.

Aritha van Herk is the author of five novels, Judith, The Tent Peg, No Fixed Address, Places Far From Ellesmere, and Restlessness. Her irreverent but relevant history of Alberta, Mavericks: An Incorrigible History of Alberta frames the exhibition on Alberta history at the Glenbow Museum in Calgary; Audacious and Adamant: the Story of Maverick Alberta, accompanies the exhibit. With George Webber she has published In This Place: Calgary 2004-2011 (Photographs by George Webber, Words by Aritha van Herk) and Prairie Gothic, both books that develop the idea of geographical and historical temperament as tonal accompaniment to landscape. She has published most recently a work of prose-poetry, Stampede and the Westness of West. She is a Member of the Order of Canada and a member of the Alberta Order of Excellence, a Fellow of the Royal Society of Canada, and recipient of the Lorne Pierce Medal, awarded to recognize achievement in imaginative or critical literature in Canada. She has a particular interest in the imaginative space of the archive, and she has published hundreds of articles, reviews and essays on Canadian culture. She teaches literature and Creative Writing in the Department of English at the University of Calgary.