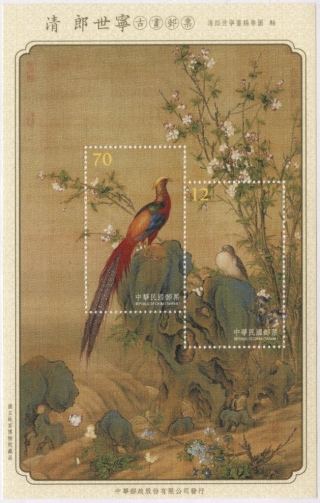 Join us at 5:30pm on Thursday, January 12, 2017 in the Cyberthèque (Redpath Library Building, ground floor) as David M. Lank, Director Emeritus of the Dobson Centre for Entrepreneurial Studies at the Desautels Faculty of Management and wildlife/natural history expert explores postal history through stamps and items featured in the exhibition Every Stamp a Story. After the lecture, attendees are invited to explore the exhibit displays located in the lobbies on the main and fourth floors of the McLennan Library Building.

EVERY STAMP A STORY brings together more than 200 natural history stamps from over 135 countries from the mid-19th century to the present. Their stories are astonishing, surprising, fascinating and often unexpected. They were selected from the more than 50,000 in the David Lank Collection, the largest such philatelic resource of any university, which is housed in McGill’s Rare Books and Special Collections. The exhibition gratefully acknowledges the support of the Friends of the McGill Library who have included it in their annual public program designed to foster knowledge and support for the McGill library system by students, alumni and the public at large.

David Lank joined the Desautels Faculty of Management in 1999. As Director Emeritus of the Dobson Centre for Entrepreneurial Studies, he taught MBA level courses in entrepreneurial start-ups, early-phase management and entrepreneurial leadership. In addition, he has designed and has supplied the major course content for several undergraduate courses, including Technological Entrepreneurship.

As founder in 1968 and now Chair of Helix Investments, he has been personally involved in the venture capital funding of 147 companies as well as numerous other entrepreneurial initiatives. He was the curator of the touring exhibition Audubon’s Wilderness Palette -The Birds of Canada. He is a Fellow of the Explorer’s Club of New York, the Royal Society of Arts in London, formerly a Fellow of the Grolier Club, the American Antiquarian Society and the Angler’s Club. He was Chairman of the Atlantic Salmon Association for 10 years and was inducted into the Atlantic Salmon Hall of Fame. He has sat on the boards of Wildlife Habitat Canada and the Zoological Societies of Canada and Montreal, and was an Adjunct Curator of the Cleveland Museum of Natural History. David Lank also served on the selection committee for the US Department of the Interior Duck Stamp competition, and on the annual competition of Wilderness Habitat Canada and La Fondation de la Faune du Quebec. He was also a director of Muséums de l’Histoire Naturelle de Montréal. Author of more than 40 books, his broad experience in wildlife art and cultural and conservation organizations led to his being named to the Order of Canada in 1996.