The Mossman Endowment presents the Elizabeth B. McNab Lecture in the History of Science

Public Ethnography and the Fabulation of Power

In the 2015 Mossman Lecture, Princeton anthropologist João Biehl will re-think a failed collaborative research project on the judicialization of the right to health in Brazil as an experiment in public ethnography. Not only were the questions at stake here of crucial public relevance—rights, truth, policy, health, citizenship—but the work itself was public, involving direct collaboration with public officials. Biehl draws on a core disagreement with these officials over the interpretation of findings from a legal database as an entrypoint into the mechanisms of veridiction and falsification at work in contemporary Brazil, which sees itself as beyond the minimum neoliberal state. In this hybrid government of social protection and market expansion, a fabulation of power is underway, which ultimately serves to de-poor people seeking justice, access, and care, obscuring the creative albeit diffused grassroots politics of accountability at work while shoring up state politics-as-usual. 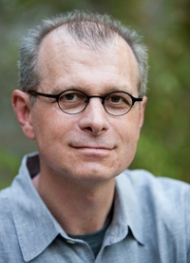