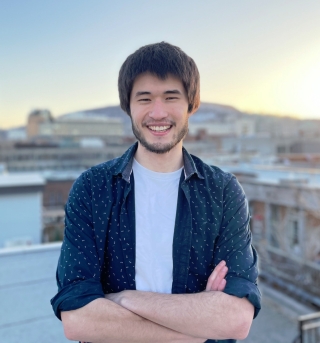 The Hirschman Prize committee commented, “Through extensive engagement with the current literature and fieldwork, Scott’s thesis makes an original argument about rebel governance based on a case study of Karen State on the eastern side of Myanmar. It questions the conventional assessments of capacity or effectiveness in rebel governance and proposes to conceptualize rebel governance in two ways: as driven by non-central actors, and as focused conceptually on “governance as argument.” This distinct form of rebel governance suggests that it is not based primarily on the role of dominant political actors in the rebel movement, and this form of governance aims ultimately not just to control territory, but to acquire legitimacy for its claims in the wider international community. This is a highly sophisticated and nuanced argument that demonstrates Scott’s efforts and ability to advance the literature on rebel governance. Empirically, Scott’s thesis provides a rich discussion about the local politics of Karen State, and particularly the politics of land rights and environmental conservation. Overall, this is a remarkable undergraduate work and the committee highly recommends it for the award."

Kai Scott is a Joint Honours International Development Studies and Political Science graduate, with a Minor in East Asian Languages. He is the outgoing Editor-in-Chief of the International Development-focused Catalyst and Chrysalis journals and has acted as a Research Assistant for ISID since Fall 2019, co-authoring a policy brief on the last Myanmar elections with the Institute in 2020. Outside of McGill, Kai works closely with Burmese grassroots civil society organizations, most recently interning with the Karen Environmental and Social Action Network over the summer of 2021.