Ungovernable Life: The Making and Unmaking of Iraq's Healthcare 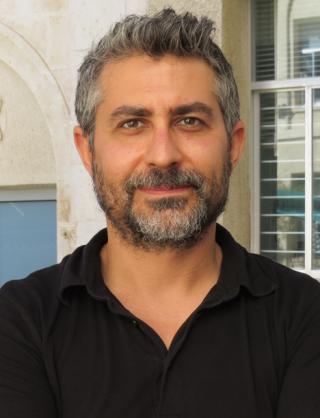 During the last 20 years, Iraq’s doctors have been at the forefront of wars fought silently and obliquely during the Gulf Wars, the brutal twelve years of sanctions, and the 2003 invasion and occupation. In this instance, however, the figure of the doctor is not one of mere practitioner of medicine, but one whose activities take place in the nexus of competing state-making histories and biopolitical projects that pitted Iraqi powers against those of the United States and the United Nations. In this talk, Dewachi interrogates the social and medical dimensions of state making and “failure” in light of the historical and present day claims of Iraq’s so-called “ungovernability.” Drawing on historical and ethnographic research from his book,Ungovernable Life: Mandatory Medicine and Statecraft in Iraq(Stanford University Press), he focuses on how such politics of ungovernability, which are both produced and disavowed by the state, become entangled in the everyday biomedical management of afflicted bodies in during more than two decades of US-military interventions in the country.

Omar Dewachi has just joined the department of Anthropology at Rutgers University. Prior to that, he was Assistant Professor of Anthropology, Social Medicine and Global Health, and co-Director of the Conflict Medicine Program at the American University of Beirut (AUB). Trained as a physician in Iraq during the 1990s, he received his doctorate in social anthropology from Harvard University in 2008. Dewachi has conducted extensive archival and ethnographic research on the human and ecological impacts of decades of Western interventions and violence in Iraq and the broader Middle East. His book with Stanford University Press (2017),Ungovernable Life: Mandatory Medicine and Statecraft in Iraq, is the first study documenting the untold story of the rise and fall of state medicine in Iraq. He is currently conducting ethnographic research on the ecologies of wounds and wounding that explores the biosocial life of war wounds and the rise of Multi-Drug Resistant Bacteria in the context of the reconfiguration of healthcare geographies across the East of the Mediterranean states. He is the author of numerous publications that have appeared in a number of medical, anthropological, and global health journals, including the Lancet. He is a long-term advisor to organizations, such as MSF and ICRC on the medical and humanitarian crisis in the region, and currently serves as a Commissioner on the Lancet Commission on Syria: Health in Conflict. Starting this fall (2018) has joined the Department of Anthropology at Rutgers University in the United States.