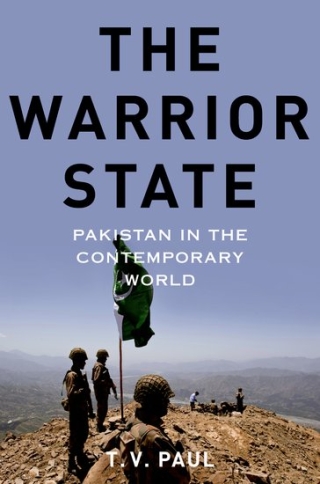 « The Warrior State: Pakistan in the Contemporary World » by Prof. T.V. Paul

In 2013 Pakistan ranked 133rd out of 148 countries in global competitiveness. Currently, Taliban forces occupy nearly 30% of the country, and it is perpetually in danger of becoming a failed state—with over a hundred nuclear weapons that could easily fall into terrorists’ hands. In recent years, many countries across the developing world have experienced impressive economic growth and have evolved into at least partially democratic states with militaries under civilian control. Yet Pakistan, a heavily militarized nation, has been a conspicuous failure. Its economy is in shambles, propped up by international aid, and its political system is notoriously corrupt and unresponsive, although a civilian government has come to power.

In this acclaimed book T.V. Paul shows that excessive war-making efforts have drained Pakistan’s limited economic resources without making the country safer or more stable. The book offers a comprehensive treatment of Pakistan’s insecurity predicament drawing from the literatures in history, sociology, religious studies, and international relations. It is the first book to apply the “war-making and state-making” literature to explain Pakistan’s weak state syndrome.  It also compares Pakistan with other national security states, Turkey, Egypt, Indonesia, Taiwan and Korea and their different trajectories.