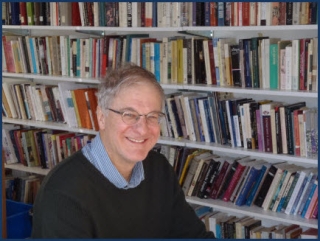 Congratulations to Prof. Allan Greer, who was recently won the Allan Sharlin Memorial Book Award for an outstanding book in social science history and the Wilson Book Prize for the best exploration of Canadian history.

Property and Dispossession: Natives, Empires and Land in Early Modern North America (Cambridge University Press, 2018) explores the processes by which forms of land tenure emerged and natives were dispossessed from the sixteenth to the eighteenth centuries in New France (Canada), New Spain (Mexico), and New England. By focusing on land, territory, and property, Prof. Greer deploys the concept of 'property formation' to consider the ways in which Europeans and their Euro-American descendants remade New World space as they laid claim to the continent's resources, extended the reach of empire, and established states and jurisdictions for themselves. Challenging long-held, binary assumptions of property as a single entity, which various groups did or did not possess, Prof. Greer highlights the diversity of indigenous and Euro-American property systems in the early modern period.

Reviewers have praised Prof. Greer’s book as “an original account of how indigenous people lost their land,” called it “an authoritative challenge to centuries of scholarship and legal decisions about the nature of landed property in North America,” and lauded it for “debunk[ing] whatever notions remain of a stark divide between European private property and Amerindian communal property in the early modern era.”