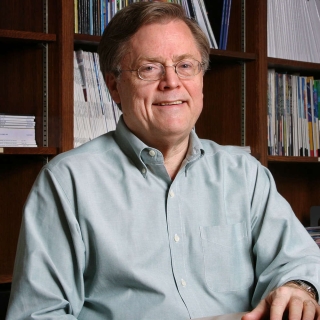 It is with great sadness that we share the passing of renowned neuroscientist Bruce McEwen, who died earlier this month at the age of 81. McEwen's work in the field of stress had a global impact, and he was best known for his studies on how stress hormones reshape neural circuits and brain structures. McEwen was also known for his contributions to the scientific community as a mentor and was a valued member of HBHL's International Advisory Council since 2017.

Dr. Najmeh Khalili-Mahani, who cites McEwen as a major influence on her work in the field of stress, provided the following statement on his legacy.

"Bruce McEwen pioneered the field of Brain-Behavior-Health research, and in the 1960s, he provided a first line of evidence that the brain is a plastic organ, even in adulthood. He showed that steroid and gonadal hormones act on the neuronal struture of the hippocampal regions, which play a critical role for downstream behavioural and metabolic control systems that guide adaptation in the course of a lifetime.

Over six decades of relentless investigation of the cellular and molecular mechanisms underlying the effects of stress and sex hormones on the hippocampus, McEwen raised awareness about the cost of chronic stress, and illustrated that prolonged exposure to stress challenges the orchestrated body-brain interactions that maintain health.

While creating a large body of work to underline the overall health cost of prolonged and disproportionate exposure to stress, he also emphasized the protective and critical role of stress hormones in maintaining health, and contributed to the work of scientists who seek innovative ways to diminish allostatic load through behavioural interventions.

The 130,000 citations of McEwen's collaborative work represent the blocks of science of how the negative metabolic effects of chronic stress contribute to obesity, diabetes, anxiety, depression, chronic pain, heart disease, dementia and other psychopathologies.

Indeed, Bruce McEwen thought of himself as a Molecular Sociologist, and outside of his laboratory, he was an active advisor for social and technological innovations for resilience building.

With nearly 1000 publications to his name, training some of the most influential brain-health researchers around the world, and numerous knowledge translation and public outreach efforts such as his 2002 book The End of Stress As We Know It, McEwen helped disambiguate the confusion around stress by helping us understand the importance of psychosocial factors that increase the risk or resilience to molecular damages caused by chronic stress.

While towering in the field of stress research, McEwen was down-to-earth, and particularly generous to guide and converse with young students (not only his) who reached out to him to share their research findings and hypotheses. He took interest in every question, and dedicated generous amount of time to addressing them. McEwen's work and mentorship has influenced many of our McGill Alumni and colleagues, who will continue on his path to advance our understanding of the bio-social determinants of health.

His mentorship will be missed."