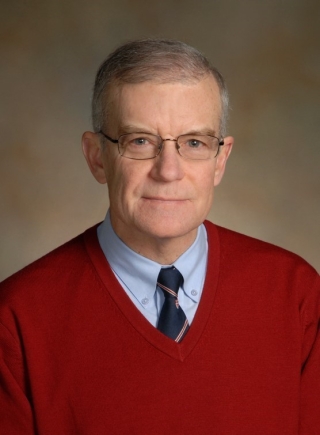 As part of the Bicentennial Celebrations, faculties, central units, associations, and unions were asked to nominate the Unsung Heroes in their department; the less-recognized faculty and staff who have walked the halls of McGill through the ages and who have greatly helped shape the community. Nominated by a colleague, the Faculty of Education's Greg Reid (Department of Kinesiology and Physical Education) was featured as a hero on June 15th for his significant contribution to research and teachings in the field of adapted physical activity.

A former graduate student and young professor (MEd’75), Professor and Chair of the Department of Kinesiology and Physical Education (KPE) (1977-1999, 2005-2007), and a Full Professor who retired in 2012, Professor Greg Reid literally "wrote the book" on our history. Indeed, Professor Reid produced a book on the history of our department in preparation for KPE's 100-year anniversary in 2012-13 titled “From Bloomers to Body Mass index: 100 years of Kinesiology and Physical Education at McGill”, commemorating this occasion. The book serves many purposes for our department such as a time capsule and a thank-you gift to our partners, amongst others.

In addition, while an active researcher, Professor Reid made a significant impact worldwide in the field of adapted and inclusive physical activity and education. His contribution to the field has been recognized by the G. Lawrence Rarick Memorial Lecturer, International Federation of Adapted Physical Activity. He is also an emeritus editor of the Adapted Physical Activity Quarterly.

Professor Reid has also won several distinguished teaching awards and has led many McGill University initiatives such as Chairing the Senate’s Equity Subcommittee on Persons with a Disability (2004-07). At the community level, he has made significant contributions to the Quebec and Canadian Special Olympics, the Active Living Alliance for Canadians with a Disability, the North American Federation of Adapted Physical Activity, and the International Federation of Adapted Physical Activity. We would like to celebrate the many important ways in which Greg Reid has had an impact on KPE, Faculty of Education, McGill University, and our community.