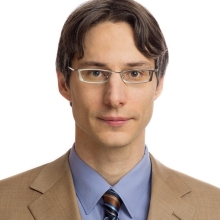 Daniel Varró joined McGill University in 2016. He serves on the editorial board of the Software and Systems Modeling journal, and served as a program co-chair of SLE 2016, ICMT 2014 and FASE 2013 conferences. He was the site leader of four collaborative European research projects at Budapest University of Technology and Economics. He was principal investigator of several industrial projects funded by e.g. Ericsson, Embraer, or Nokia. He is a co-founder of the VIATRA open source software framework maintained at the Eclipse Foundation and widely used in industrial tools. He is also co-founder of two start-up companies in Hungary.  In 2014, he was a visiting professor at McGill University and Université de Montréal, and previously, a visiting researcher at SRI International (USA), University of Paderborn and TU Berlin (Germany).

Model-based software and systems engineering techniques and graph-based tools with specific focus on model queries and transformations applied in the context of smart and safe cyber-physical systems such as avionics, automotive, telecommunications or Internet-of-Things.

Send me an email with your CV and motivation letter, if interested.