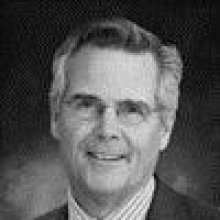 David McAusland is a senior partner in our Business Law Group. He is a distinguished senior corporate strategist and advisor and focuses on major corporate portfolio transactions, financial structures, divestitures, securities and corporate finance, governance and regulatory affairs.

David is an effective and proactive leader with a unique track record of success and innovation in the global business environment. David formerly served as Executive Vice-President, Corporate Development and Chief Legal Officer of Alcan Inc., where he led a multi-country team that completed more than 75 acquisition and divestiture transactions, as well as complex joint ventures around the world. Particularly noteworthy is David’s leadership role in the design and execution of major strategic initiatives, including the successful unprecedented, unsolicited offer for Pechiney (France), the spin-off of Novelis Inc., the response strategy for the unsolicited offer by Alcoa Inc. and the subsequent sale of Alcan to Rio Tinto plc., Canada’s largest-ever M&A transaction. Prior to joining Alcan, David was the managing partner of a major law firm, where he had a leading practice focused on innovative capital markets transactions and solutions. He appears as a leading lawyer in natural resources law in the last edition of Best Lawyers in Canada.

A seasoned corporate director and authority on governance, David currently serves on the boards of Cogeco Inc. and Cogeco Cable Inc., Cascades Inc., and Khan Resources Inc. and is Chairman of ATS Automation Tooling Systems Inc. He has served as Chair of the Reform Implementation Council for the Royal Canadian Mounted Police and he is Chair of the National Circus School Foundation.

David’s achievements have been recognized with various awards, including a Lifetime Achievement Award in 2008 at the Canadian General Counsel Awards, which recognize the accomplishments of Canada’s top general counsel. He also received the Dealmaker Award at the 2005 Canadian General Counsel Awards and a Commemorative Medal for the Golden Jubilee of Her Majesty Queen Elizabeth II for community and public service in 2002.

Mr. McAusland received his BCL in 1976 and his LLB in 1977, both from McGill University. He was called to the Québec bar in 1978. He is a member of the Barreau du Québec, the Canadian Bar Association and the International Bar Association.