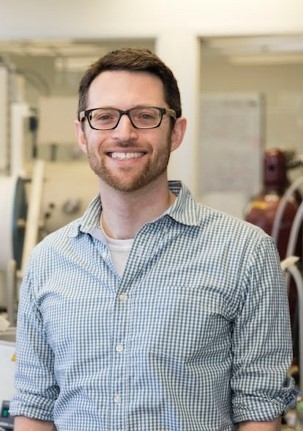 The C=N bond is a critical structural piece of many N-donor ligand scaffolds and is central to the properties and reactivity of a number of important coordination complexes - for example, promoting charge-transfer character in complexes of bipyridines (e.g., [Ru(bpy)3]2+) or the "redox non-innocence” of a-diimine complexes. Benzannulation can extend the conjugated C=N containing p-system of pyridine to quinoline (2,3-benzopyridine) to acridine (2,3-benzoquinoline), stabilizing the lowest unoccupied molecular orbital (LUMO) of the molecule and boosting electron-accepting properties, but the positioning of the benzannulation matters. For example, phenanthridine (3,4-benzoquinoline), an asymmetric isomer of acridine, bears a similarly electronically accessible extended π-system but more chemically isolated imine-like C=N moiety. In this presentation, the impact of such site-selective π-extension on the chemistry and properties of phenanthridine as a molecule and ligand will be discussed.

Born and raised in North York, Ontario, Dave attended the University of King’s College/Dalhousie University in Halifax, NS, where he worked with Prof. Neil Burford on the coordination chemistry of polyphosphorus cations (B.Sc. Hons., Chemistry, 2004). He then started graduate school at the University of Toronto (M.Sc., 2006) under the tutelage of Prof. Ian Manners, moving with Ian to the University of Bristol where he completed his Ph.D. (2009), earning a Faculty of Science Commendation for his thesis on metal-containing rings and polymers. Upon graduation, Dave moved to central Texas to work with Prof. Oleg V. Ozerov at Texas A&M University on multi-nucleating pincer ligands and catalyst design, learning X-ray crystallography along the way. In 2011, Dave joined Prof. Theodor Agapie’s group at Caltech, where he divided his time between projects on bioinorganic model compounds and C-H functionalization. During his studies, Dave received several awards including the King’s Medal, NSERC CGS/PGS Fellowships, and was a Camille & Henry Dreyfus Environmental Chemistry Fellow at Caltech.

In July 2013, Dave began his independent career as an Assistant Professor in the Chemistry Department at the University of Manitoba and was promoted to Associate Professor in 2019. He is currently a Faculty of Science Research Chair in Fundamental Science (Physical Sciences) and runs a research group trying to address questions in sustainable chemistry, materials and energy science using the tools of inorganic synthesis, coordination chemistry and catalysis.