UAE Fellowships in Science and Engineering 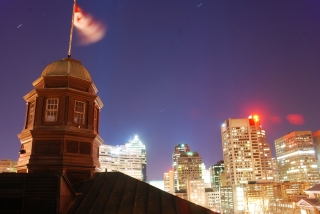 The Abu Dhabi Crown Prince Court, under the direction of His Highness Sheikh Mohamed Bin Zayed Al Nahyan, Crown Prince of Abu Dhabi, and McGill University, have announced the establishment of the McGill UAE Fellowships in Science and Engineering. The fellowships aim to support and advance the UAE’s existing efforts of putting STEM education and careers at the forefront of the UAE’s national agenda, by investing in STEM leaders from the UAE who wish to pursue their higher education at one of the world’s top-ranked universities.

The fellowships will be used to offer exceptional Masters and PhD students from the UAE scholarships to pursue advanced studies in any discipline within the Faculties of Science and Engineering at McGill University.

Each McGill-UAE Fellow will receive funding to cover tuition and living expenses. Fellows will also receive additional support to participate in an out-of-the-classroom learning opportunity during the course of their studies, such as industry internships in leading scientific and engineering enterprises; supervised field studies within Canada or abroad; collaboration with researchers within their labs; or work with mentors on entrepreneurial ventures.

The first McGill UAE Fellowships will be awarded for studies commencing in January 2016, while subsequent selections will occur to commence studies in September of each year.

The announcement was made yesterday at a signing ceremony and briefing session at Etihad Towers in Abu Dhabi, with high level representatives from the Abu Dhabi Crown Prince Court and McGill University present, including HE Ali Ghanem Al Romaithi, Executive Director at the Crown Prince Court , McGill’s Incoming  Provost Christopher Manfredi and Marc Weinstein, Vice Principal of University Advancement at McGill University. HE Arif Lalani, the Canadian Ambassador to the UAE, attended the ceremony as well.

“We are grateful to the Crown Prince Court for their vision and generosity, which will open our doors to some of the brightest young minds from the Emirates,” said Christopher Manfredi, McGill’s Dean of Arts and Incoming Provost. “As Canada’s most international university, global partnerships are at the heart of McGill’s mission and success. We look forward to building stronger ties with the UAE, and to helping train a new generation of leaders in science, engineering and other disciplines whose contributions will benefit societies and economies in the Emirates and in Canada.”

McGill is one of the world’s most renowned universities, consistently placing highly in world university rankings. In 2014, McGill was ranked 21st in the world by QS World University Rankings .