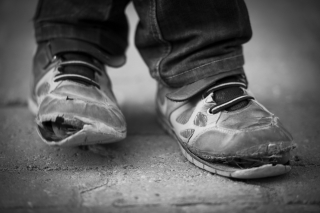 Health inequalities in young people have grown alongside socioeconomic disparities between the rich and poor.

In a paper published Tuesday in The Lancet, an international team of researchers led by McGill University psychologist Frank Elgar said that rising income inequality in Europe and North America coincides with wider disparities in the mental and physical health of 11- to 15-year-olds.

The researchers examined the health of nearly a half-million adolescents in 34 countries between 2002 and 2010 using data from the World Health Organization’s Health Behaviour in School-aged Children study. The researchers found that although health improved overall in several domains, it also became more unequal between socioeconomic groups. Trends in body mass, physical activity, and mental and physical health symptoms showed widening gaps between affluent and disadvantaged youths.

This points to a grim outlook for future population health and human capital, the researchers warn.

“Health inequalities in youths shape future inequities in education, employment, adult health, and life expectancy, and should be a focus of health policy,” -- Dr. Elgar, of McGill’s Institute for Health and Social Policy.

The authors suggest that health policy needs to look beyond average levels of population health and disease prevalence to tackle unjust inequities in health across increasingly disparate socioeconomic conditions. For example, a focus on increasing physical activity for adolescents in general could obscure the need to tackle inequality in physical activity, which has also increased.

“Our results also point to policy options for governments that could help reduce health inequalities early in the life course, such as reducing income inequality or investing in the health of disadvantaged youth,” added Elgar, an associate professor in the Faculty of Medicine’s Department of Psychiatry and researcher at the Douglas Mental Health University Institute, whose research centers on social inequalities in health and family influences on child mental health.

The research was supported by the Canadian Institutes for Health Research, the Social Sciences and Humanities Research Council of Canada, and the Canada Research Chairs programme. The HBSC study operates under the auspices of the World Health Organisation and is funded by public sources in each member country