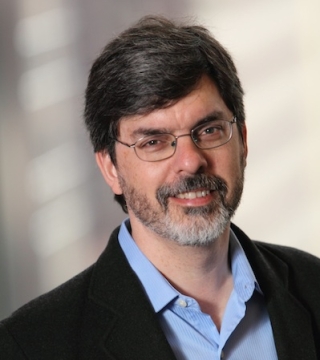 Prof. Sean Ferguson has been appointed Dean of McGill's Schulich School of Music for a five-year term starting this month.

Ferguson, a composer whose work bridges the areas of musical creation and scientific and technological research, is the Director of the Centre for Interdisciplinary Research in Music Media and Technology (CIRMMT).

"I am honoured and delighted," Ferguson said. "I have known and loved McGill both as a student and a professor, from the time that I began my graduate studies in composition with Professor John Rea in 1990. To become the Dean of one of the world's leading schools of music is a humbling responsibility."

A native of Alberta, Ferguson earned his Bachelor of Music at the University of Alberta and both the Master and Doctorate of Music in Composition at McGill. He joined the McGill faculty as an Assistant Professor of Composition and Director of the Digital Composition Studios in 2003, and was named Associate Professor in 2009.

"Prof. Ferguson's record combines cutting-edge research and extraordinary outreach to the Quebec community," Principal and Vice-Chancellor Heather Munroe-Blum said.  "He is the best person to ensure that the Schulich School remains Canada's leading Faculty of Music and continues to be recognized locally, nationally and internationally as a world-class hub of collaborative and innovative music training, performance, and research."

Ferguson's research focuses on the areas of computer-assisted composition, psychoacoustics applied to musical harmony, live electronics, and digital musical instruments. His work benefits from collaborations with colleagues in music technology, performance, and sound recording at McGill as well as other collaborations in Quebec and throughout Europe. Ferguson has held, or still holds, research grants from the Social Sciences and Humanities Research Council, the Natural Sciences and Engineering Research Council and the Fonds québécois de recherche sur la société et la culture, among others.