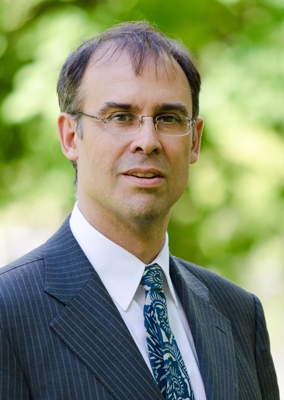 The Faculties of Arts and Law are happy to announce that Professor Ronald Niezen, a former Chair of McGill’s Department of Anthropology who held the Canada Research Chair in the Comparative Study of Indigenous Rights and Identity, has been appointed as the first incumbent of the Katharine A. Pearson Chair in Civil Society and Public Policy.

“Ron is one of the leading legal anthropologists in North America today and we are delighted he will be joining us,” says Dean of Law Daniel Jutras.  “His first-class research on political and legal anthropology, with a focus on indigenous peoples and human rights, enhances the Faculty of Law’s ability to give deeper meaning to the dialog of legal traditions in local, national and global settings. Our teaching programs will be equally enriched by his contribution.”

“Professor Niezen’s research focuses on essential aspects of civil society both in Canada and globally,” added Dean of Arts Christopher Manfredi.  “His appointment to the Pearson Chair will further advance the partnership between the Faculties of Arts and Law.”

Professor Niezen’s teaching and research interests focus around political and legal anthropology, indigenous peoples and human rights, the social study of new media, the history of anthropology and social theory, and social change. In particular, he studies how human rights exert influence on collective identities and social behavior, including the international movement of indigenous peoples, and how information technology helps create and mobilize ideas of indigenous cultural difference and collective rights.

A graduate of Cambridge University, his doctoral thesis examined the Diverse Styles of Islamic Reform among the Songhay of Eastern Mali. His recent publications include The Rediscovered Self: Indigenous Identity and Cultural Justice (McGill-Queen’s 2009) and Public Justice and the Anthropology of Law (Cambridge University Press 2010). He is currently working on a book titled Truth and Indignation; Canada’s Truth and Reconciliation Commission on Indian Residential Schools (forthcoming, University of Toronto Press).

The Katharine A. Pearson Chair in Civil Society and Public Policy was created through a generous gift from the McConnell Foundation, and is located within the Faculties of Arts and of Law at McGill University.

The holder of the Chair is to lead teaching and research efforts on civil society broadly understood, exploring non-governmental structures and organizations as well as informal associations, practices and values that mediate between the self and the State.

The Chair is named in memory of Katherine A. Pearson (1955-2008), who had been a senior program director at the J.W. McConnell Family Foundation since 1996, and who had previously worked with Oxfam-Canada on its Central America programs. Pearson, who was also a member of the Foundation of Greater Montreal, was known as a woman of “intelligence, passion and warmth, and superb analytical skills, who possessed a deep understanding and appreciation of the community’s most dynamic and innovative elements to address some of society’s most complex issues.”