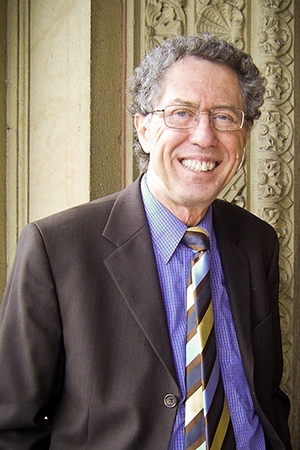 It is with great sadness that we must announce the death of Professor Ronald B. Sklar (1935-2013), who passed away, surrounded by his loving family, on March 29, 2013 after a short illness.

Associate Professor Ron Sklar taught and researched in the fields of criminal law, evidence, law and psychiatry and ethical issues in psychiatry at the Faculty of Law of McGill University for over 35 years.

Before joining the Faculty in 1973, Ron Sklar had been an instructor at the Brooklyn Law School, and had also taught at Ohio State University and at Addis Ababa University (formerly Haile Selassie I University) in Ethiopia. He held a B.S. (1957) from New York University, an LL.B. (1961) from Brooklyn Law School, an LL.M. (1962) from Northwestern University’s School of Law, where he held a Ford Foundation Fellowship in Criminal Law, and another LL.M. from Yale.

A New York City native, Professor Sklar never entirely lost his accent, which charmed generations of students taking his criminal law classes. Throughout his career, Professor Sklar was a passionate teacher and mentor, deeply dedicated to his students and to their success. He had the gift of making cases come alive for his students, who awarded him the John W. Durnford Teaching Excellence Award in 1998 in appreciation of his teaching.

“To me, he was the criminal law professorial ideal,” says his colleague and friend, Alana Klein, who was his student in the late 1990s. “He spoke gravely of murder in his thick Bronx accent.  He tore his wild hair out during moments of frustration at judges’ inability to just get it right. When we talked about OJ Simpson, which was pretty much the whole semester, we all felt like we were really there.”

An Associate Member of McGill's Department of Psychiatry, Ron Sklar also acted as a Clinical Ethicist at the Douglas Hospital, a McGill teaching hospital. His most recent research project had centered on developing policies and guidelines governing sexual activity among institutionalized persons in need of special care.

Even after his retirement in 2008, Professor Sklar remained involved at the Faculty by continuing to coach McGill Law students participating in the Coupe Guy-Guérin / Sopinka mooting contest.

The Faculty of Law offers its most heartfelt condolences to his wife, Adrianne Levine, his daughters, Alem and Dessalem, his son-in-law, Graham Wood, his young grandchildren, Jada, Zev and Nate, and to the entire family.