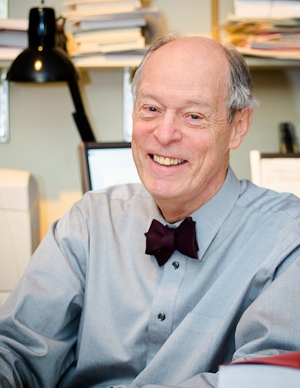 Professor Roderick Macdonald was awarded the Paul-André Crépeau Medal by the Canadian Bar Association, Quebec Division, at a reception held on January 12, 2012.

Macdonald, who could not attend, asked Me Isabelle Deschamps, a DCL candidate at the Faculty of Law, to convey his thanks and accept the award, which is named after one of his own mentors.

"Few lawyers are able to excel in so many different fields," he added. "The Paul-André Crépeau Medal recognizes a lifetime achievement in the advancement of international aspects of private law and commercial law in Canada. Today, it throws into relief the bridge between Rod Macdonald and the late Paul-André Crépeau, two lawyers whose scholarship is as wide as it is deep."

The Faculty of Law offers Professor Macdonald its heartiest congratulations!