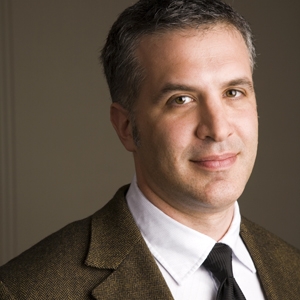 We are pleased to announce that our colleague Richard Gold has just been been appointed a James McGill Professor.

The James McGill Professorship is awarded in recognition of exceptional work and outstanding achievements. Professor Gold was recently appointed full professor and this new honour brings further evidence of his leadership in advanced, transdisciplinary research on the challenges of innovation, at the point of intersection between Law, Public Policy and Life Sciences.

Dean Daniel Jutras, who shared the news with the Faculty, declared that "Professor Gold's promotion is a tangible sign of the great respect in which his research is held. We offer him our warmest congratulations."

In 2000, institutional recognition awards, namely the James McGill Professors and William Dawson Scholars, were created in parallel with the Canada Research Chair program to recognize the outstanding research contributions of academic staff members currently in place at McGill University.

The James McGill Professorship recognizes a senior scholar's status as outstanding and original researcher of world-class caliber and a leader in his or her field. The award is for a seven-year term, indefinitely renewable.